A butcher by trade, Pascal Miche was bit by the tomato bug at an early age. It was his great grandfather Omer Miche, that made tomato wine from an overabundance of tomatoes in his garden. When he was a very young boy Pascal helped his great grandfather make wine until one day he decided to study winemaking. 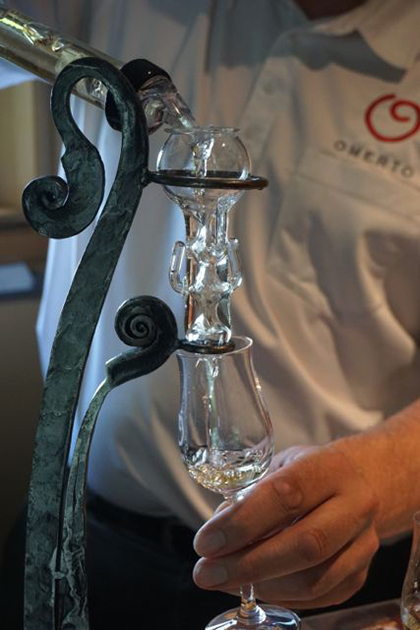 On the farm in Baie-Saint-Paul in Charlevoix, Quebec Pascal and his wife grow over 6,000 heirloom tomato plants. The older varieties have more flavour, they’re sweeter and acclimatized to our area so they grow better in Charlevoix.

The name Omerto is obviously in honour of Omer and his tomato wine of the early 1900s. While much of the production is a carefully guarded secret, what was revealed was that the ripe tomatoes are frozen to bump up the sugars in the fruit (yes, tomatoes are a fruit). Unlike the tougher skins of grapes, tomatoes cannot be left on the vine to freeze. The 19% water content is enough to burst the more delicate skins of the tomato leaving it to fall of the vine and decay on the ground.

Harvest starts around mid August and ends around the middle of September. Last year, Omerto produced 4,500 bottles of tomato wine that is distributed throughout Quebec in restaurants and specialty stores. 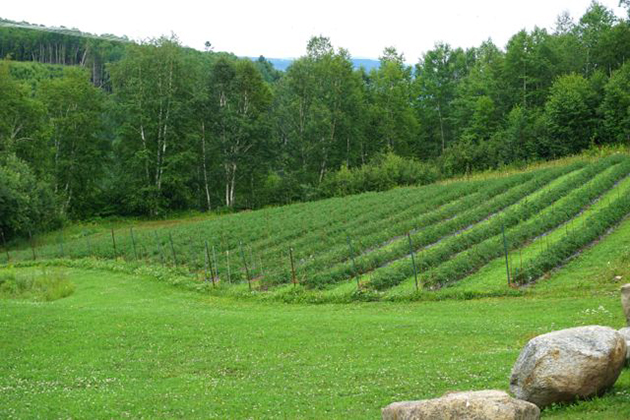 Today there are three products, all at 16% alcohol :

2013 Sec. this is a blend of three different varieties of organic heirloom tomatoes. Almost clear in colour, the aroma of peppered pineapple follow through on the palate of this dry wine. The first sip has a real grappa bite, then it subsides into a softer, mashed yellow tomato flavour. The finish is soft and long.

2013 Moelleux. The organic heirloom tomatoes are hand picked. Richer yellow hue than the Sec, the Moelleux has an aroma reminiscent of running through a field of daisies. Lots of melon, soft orange, and a bit of cooked corn. The finish starts off with a hot bite then turns sweet and playful.

2013 Acacia. Aged in acacia oak for 9 months it has a soft aroma of smoke that plays on the palate with more toasted sourdough, crème brûlée and burnt orange. More complex than the previous two wines and well balanced.

Omerto is on the Charlevoix Flavour Trail. It’s worth a visit to Baie-Saint-Paul in Charlevoix, Quebec. 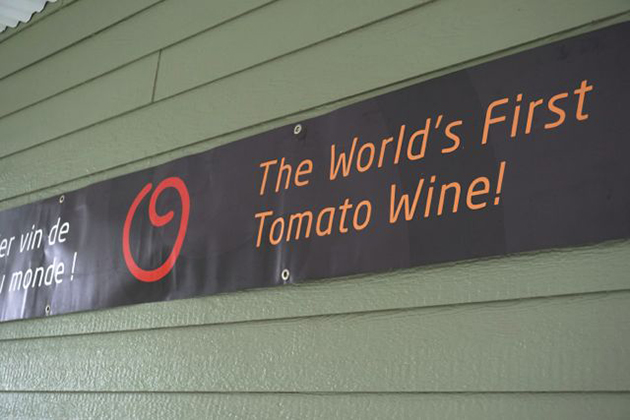 Every morning Jean-Sebastien Sauvageau and his father are out in the pastures feeding thousands of animals that include rabbits, guinea fowl, quail and ring-neck pheasants. And yes, you can even hunt pheasant on the farm. The pastures cascade along the top of a hillside with a stunning view of the St. Lawrence River just over the next hillside. Is it any wonder he loves his job? 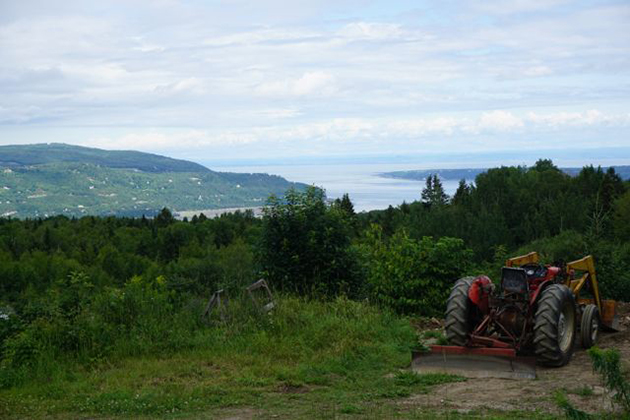 “If I wanted to be a rich man, I wouldn’t have picked agriculture,” laughs Jean-Sebastien. From where I’m standing surrounded by rolling green hills, the beautiful blue water of the river that looks more like a lake and the soft sounds of cooing, snorting and clucking of the animals seems pretty rich to me.

Jean-Sebastien studied much of his animal husbandry skills in France before he established his farm almost ten years ago. He raises over five thousand rabbits for the meat. The fur is too expensive to treat so the pelts are discarded. He also raises guinea fowl, pheasant and quail for commercial sales. “Last year we sold over 10,000 dozen quail eggs,” says Jean-Sebastien. 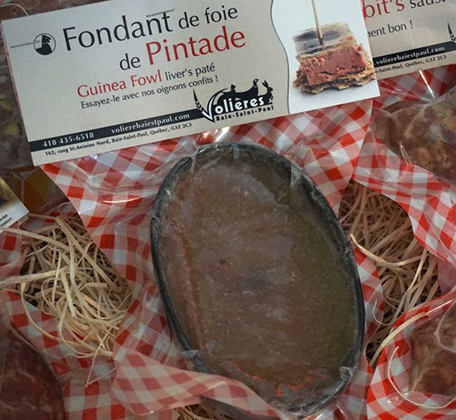 Volieres is a family affair, his father helps out with the animals and maintenance of the farm and his mother assists in retail and production of some of their amazing products like the Guinea Fowl liver pate with onion confit (fondant de foie de Pintade) that is called ‘little Jesus in velvet pants’ because of it’s silky texture and divine flavour.

It’s difficult to make a living at farming even with the entire family involved. He has worker houses where people stay in exchange for learning how the business of raising these animals for profit works. But Jean-Sebastien says he’s finally in a good place where he can see the business take hold. He laughs, “it’s the end of the beginning. The next phase should be better” 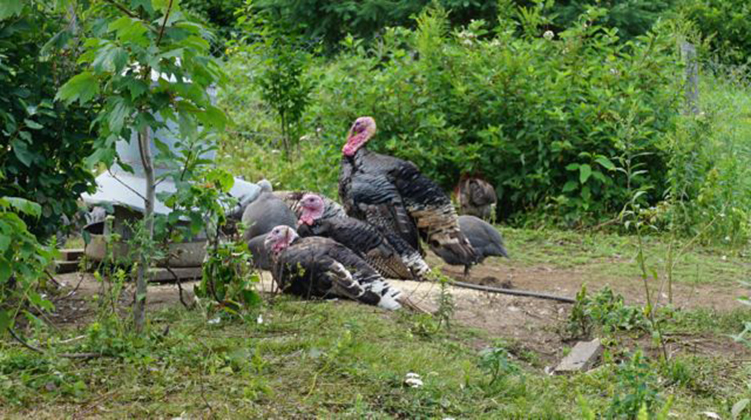 The farm is open to the public and people come to see the largest number of different animals in the county. There are turkey, goats, chickens, pigs, rabbits and a whole host of specialty animals and even a chicken that lays green eggs.

The retail store and production facilities are a compact unit in the basement of his house. Here you can taste and buy many of his products including my favourite, his mothers untraditional red onion confit made with raspberry vinegar.

Volieres is on the Charlevoix Flavour Trail. It’s worth a visit to Baie-Saint-Paul in Charlevoix, Quebec.

There are things that go better together like peanut butter and jam, baseball and hot dogs and my favourite – dinner and theatre.

Toronto is ranked the third greatest city in the world for theatre that ranges from casual movies at TIFF Lightbox to formal ballet at the Four Seasons Centre for the Performing Arts. In between are family plays, exciting musicals, dramatic dance performances and formal opera. It stands to reason that not one restaurant fits all occasions and the best options aren’t necessarily the most popular. So I teamed up with Expedia Canada to share a list of my favourite eateries that just go better with theatre. 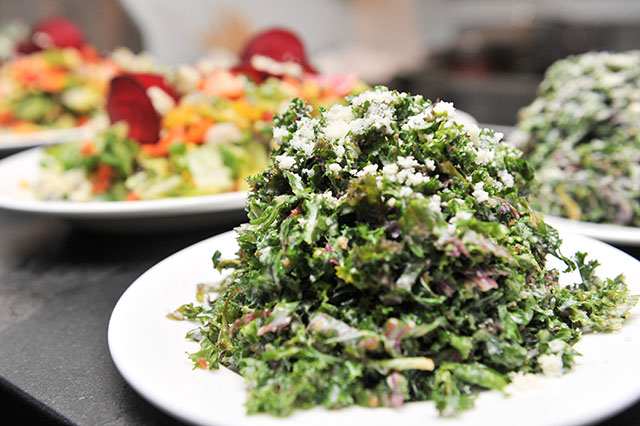 It doesn’t get more theatrical than Montecito co-owned by movie producer Ivan Reitman (Ghost Busters). The secret back entrance allows celebrities to move from TIFF Lightbox behind them to the restaurant and you never know who you’ll find dining there. The food is brilliantly delicious partly because of their use of local producers and partly because of Chef Jonathan Waxman’s light California style that Chef Kim Haugen executes with complete brilliance. Try the Kale Salad, it’s hand-massaged for tenderness and dressed in a light anchovy pecorino dressing that takes you to the south of Italy with every bite. 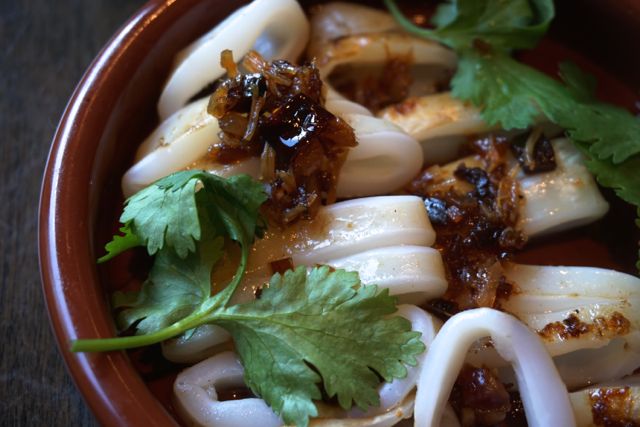 Nota Bene is a block away from the Four Seasons Centre for the Performing Arts and the menu is equally impressive listing thick slabs of Roasted Wild Halibut and succulent Perth County Beef Tenderloin. Many of the foods are sourced locally, all are prepared creatively and each hold their own surprise twist by Chef David Lee. My favourite (yet not local) is the Calamari A La Plancha with their house-made XO Sauce for that savoury grab and just enough bracing coriander for real drama. It’s pretty delicious. 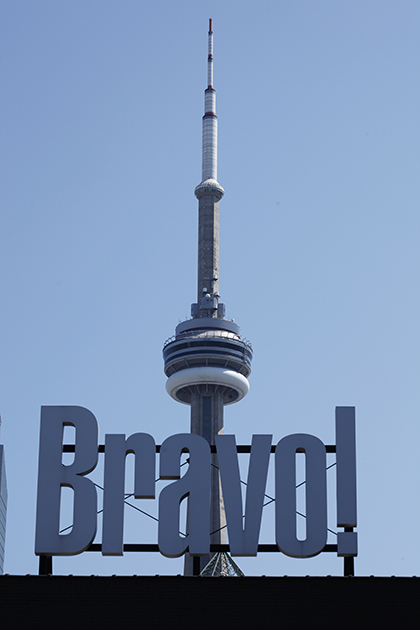 Towering above Roy Thompson Hall (and a few short blocks away) is 360 Restaurant at the CN Tower. What I love here is the tried-and-true, traditional dishes that Executive Chef Peter George pampers with flavour, tenderness and a clean style that makes you take notice. I can never decide between the Wetzel Farm’s Duck Breast with Beamsville Sour Cherries or the Ontario Lamb Sausage with Minted Summer Peas. These may sound like heavy dishes but the brilliantly clean style of George has them eating more light-weight and both are perfectly suited to pre theatre dining. 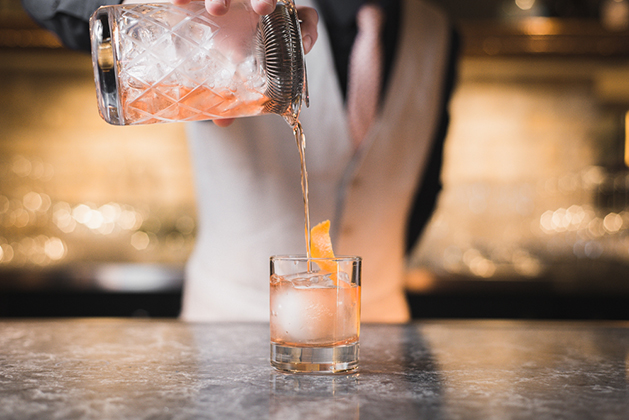 Fine dining chef Elia Hererra brings her family recipes from Vera Cruz, Mexico to Los Colibris on King Street a few doors down from the Princess of Wales Theatre. While Los Colibris is a high-end Mexican restaurant with authentic (and exquisite) Mexican cuisine and a tequila bar downstairs, it can also be as casual as tacos on the patio – El Patio. To enter the patio, venture down Pearl Street but if you blink, you’ll miss the patio behind the shipping containers reincarnated into the patio bar and kitchen. Get the Guacamole with house-made Taro Chips and a frothy Margarita post-theatre or a pre-theatre dinner of Mixiote de Cordero (braised lamb shank with ancho chipotle) at Los Colibris. 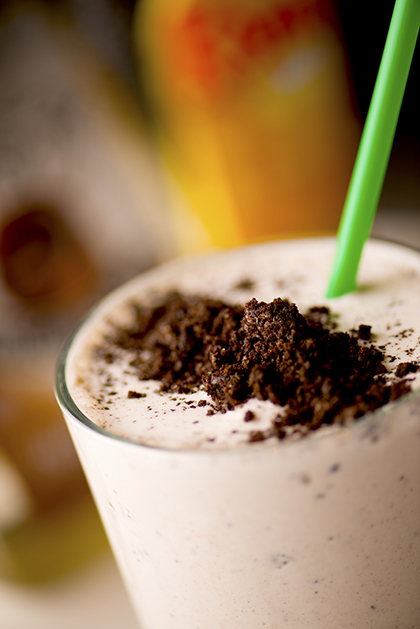 There’s something for everyone at Wahlburgers on Blue Jays Way including episodes of Wahlburgers, the reality show playing on the giant screens. Thick, meaty burgers are sandwiched between a soft, eggy bun that succumbs to the burger when bitten for a solid mouthful of beef. Thick, boozy milkshakes separate the adults from the youngsters and comfort food sides satisfy everyone’s soul.

If you’re looking for great theatre to go with delicious food, check out Best Theatre in Toronto!