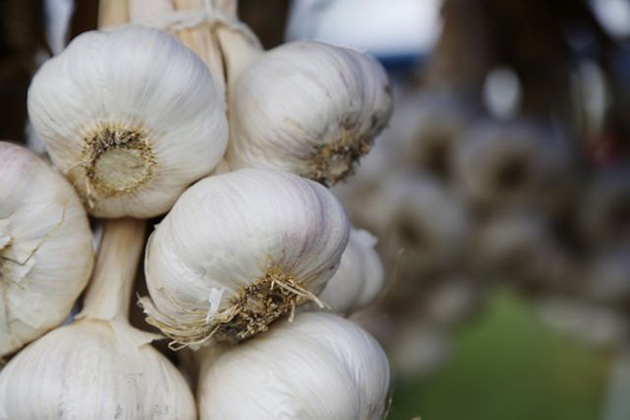 Few foods inspire as passionate a response as garlic. This pungent, aromatic bulb plays a starring role in many cuisines of the world from Italian, French, Mexican, Middle Eastern, Spanish and Chinese.

So important is this herb in Italian cuisine that when my grandparents immigrated from Italy, their pockets were bulging with heads of fresh garlic, destined for the virgin soil of their new homeland. Even now you can find garlic in almost every Italian garden, growing not far from the pomodoro and melanzana. But, as with everything else in Italian cuisine, it is used in moderation to flavor and not overpower a dish.

I learned the hard way that its important to know how long to cook garlic. My first attempt at roasting garlic in the oven was a catastrophe. I didn’t roast it long enough before smearing the entire head of garlic over a torn piece of thick crusty bread.

It was delicious, but the next day I went to work in my office and within minutes every square inch of air began to smell of garlic. Then it came, one comment after the other from co-workers. By mid morning I retreated to my home office to work away. My excuse? An overdose of almost raw garlic! Boy was it strong!

The longer you cook garlic the more creamy and subtle its flavor becomes. In fact, if cooked properly, you won’t have any garlic after effects an hour later or 24 hours later. I learned that you should roast whole heads of garlic for at least 45 minutes to an hour to ensure it is done. 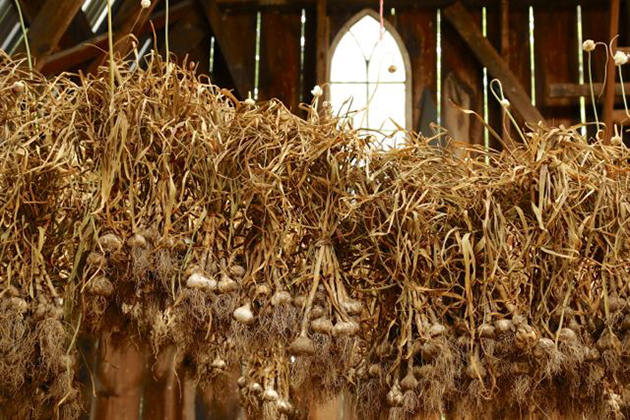 Since antiquity, people have been devoted to garlic for many reasons. Medieval peasants used it to ward off evil spirits (yea, I can see how that could happen), Egyptian slaves ate great quantities of it for strength, Greek athletes consumed it as a stimulant before competitions and Roman soldiers ate it before going into battle for endurance.

I now know that garlic and strength is synonymous, including its persistent smell that tends to linger on the breath and permeate perspiration. It’s an unpleasant quality for those who eat it and has earned garlic a somewhat nasty reputation. But if you know how to cook it properly, you can avoid the worst and – it’s amazing how it then becomes glorious garlic! 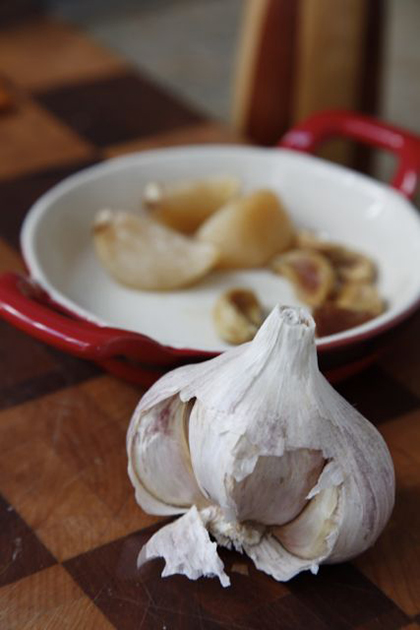 Preheat the oven to 425F (210C). Peel away the outer layers of garlic bulb skin, leaving the skins of the individual cloves intact. Turn the head on its side and using a knife, cut off 1/4 to a 1/2 inch of the top of cloves, exposing the individual cloves of garlic. Place the garlic heads in the centre of a piece of aluminum foil. Drizzle a few teaspoons of olive oil over each head; using your fingers to make sure the garlic head is well coated. Fold over the aluminum foil to encase the head of garlic. Bake at 425F for 50-55 minutes, or until the cloves feel soft when pressed.

Allow the garlic to cool enough so you can handle it. Use a small knife, poke the soft garlic cloves out of their skins. Spread it on fresh bread and enjoy!

You can also mix it with sour cream for a topping for baked potatoes, smash it and add it to tomato sauce or slice them in half and toss them in a salad.