It was dark and gloomy as I stood on the sidewalk studying the artfully carved pumpkin on a doorstep. Then, a voice called from behind, “who do you think it is?” I spun around to see a hulking vampire complete with black cape, white fangs and red lips. She was wonderful! 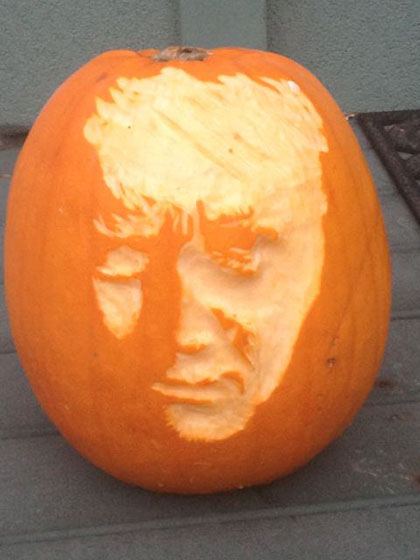 While her big smile betrayed her role as a vicious vampire, she was intent on having me guess who the carved face in the jack-o-lantern was. A woman in the house comes out holding what looks like an ice pack on her cheek. She joins the conversation and I’m more uncomfortable with her, wondering if she’s an abused spouse when, you guessed it, the spouse comes out.

Ready to walk away, they held me back insisting I guess. Apparently the spouse carved the pumpkin. While he definitely has talent and I have to admit the face in the pumpkin does look familiar, this Halloween scene is too spooky for me to concentrate on anything but a graceful escape.

Before I leave they announce it’s a Trump-kin! It was the familiar face of Donald Trump that made the pumpkin a little scarier than it needed to be. As I was about to leave the women releases the ice pack from her face and tears off a strip of paper revealing a temporary tattoo of a gruesome scar underneath. All in the name of Halloween fun! 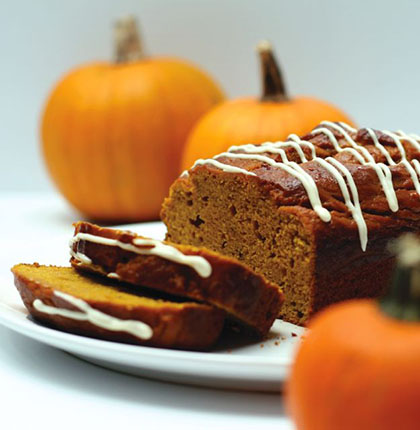 Now that the gruesome day is behind us I see pumpkins topping garbage cans and disappearing from front porches. But wait! Don’t let the thought of edible pumpkins be thrown out with the decorative ones. What’s the difference?

None! It’s a fact that all pumpkins are edible and so are the seeds. But this doesn’t mean they’re all equal. I told scarface, if you want to cook up your Trump-kin, go right ahead! But it will probably cook up stringy with a coarse texture. No surprise there, ha, ha.

Donald Trump aside, large pumpkins won’t give you the smooth, velvety, succulent pumpkin puree we’ve come to love. The best pumpkins for pie making are the ‘Pie Pumpkins’ often called ‘Sugar Pumpkins’. It has a sweeter taste and smoother texture to luxuriate across your palate and create that dreamy fall flavour.

The name pumpkin comes from the Greek word ‘pepon’, meaning ‘large melon’ and scientifically speaking, they’re really a fruit, but culinary speaking, they’re a vegetable. Confused? Ok, then take it from me, the flavour and texture of pumpkin is both hearty and luxurious making it one of the most creative foods to play with every fall. 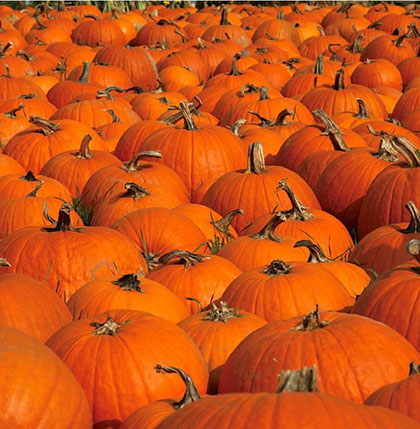 Many can’t resist the flavour of pumpkin laced with spices (nutmeg, allspice and cinnamon) and others prefer pumpkin and maple together. But it doesn’t matter which camp you’re in because either way, warm pumpkin flesh lends itself to cheesecakes and Crème Brulee; the flavour works in pancakes and cookies, soups and my favourite, whoopee pies!

The smallest of pumpkins are edible and delicious but they really don’t have much flesh to cook up. So why do we see them everywhere? Because they’re perfect to craft into bowls to hold a warm, hearty stew or corn chowder.

Pumpkins come in a range of colours and sizes. The average sized pumpkin is around 13 pounds but can be grown to over 1,000 pounds for competitions! In 2010, the world record was 1810 pounds! Now that’s huge!! Not edible of course – well, technically yes, but I guarantee it wouldn’t be pleasant.

There’s nothing more romantic than the brilliant fall colours and spotting a vast brown field coloured with orange polka-dots. Pumpkins are everywhere right now. Enjoy the season, experience the flavours and let pumpkins become part of your favourite fall memory. After all, pumpkins are more than a Halloween decoration with a comb-over. 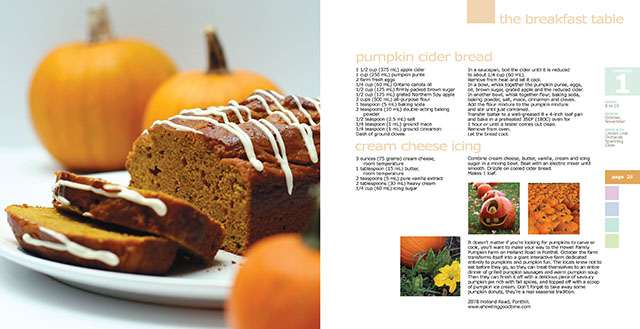 My top 10 best pumpkin recipes ever.