Irish stew, green beer and shamrocks, St Patricks day can’t be further from the preaching of Saint Patrick himself, but boy, what a great party it’s become! Today St. Patrick’s Day is all about celebrating the Irish, Irish culture and Irish traditions, but you don’t have to be Irish to join in the festivities. 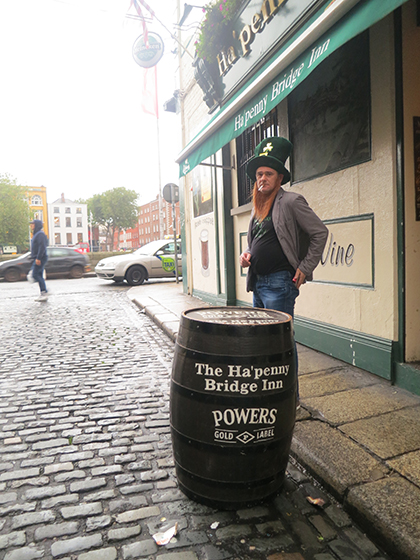 “Most of the pubs (in the Halton region) that are popular for St. Patrick’s day are actually British,” laughs Stan Mischaud, proprietor of The Dickens, a great British Pub. “Everyone’s Irish on St. Paddy’s Day.” At The Dickens in Burlington the party starts early, but you can expect the thick of green, Irish festivities from 4 in the afternoon until the early hours of the morning. There will be more lamb shanks, lamb stew (Irish stew) and corn beef and cabbage washed down with pints of Murphy’s Irish Stout than any other time of year and a green, house leprechaun to give out prizes from Molson’s, Carlsberg and Jameson’s Irish Whisky. 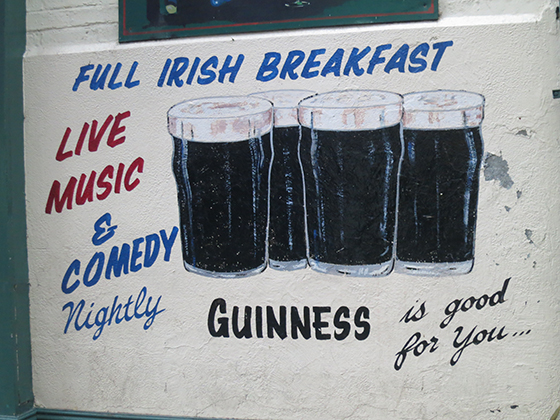 Of course, the quintessential St. Patrick’s Day party would be in Dublin with a giant parade, a humungous festival, and dozens of pub crawls. Located perfectly in the Burlington downtown core, “we’re beautifully situated for a pub crawl,” says Colleen Stevenson, Manager of The Poacher. “We’re an absolutely beautiful pub,” says Colleen. The Poachers’ decor of rich mahogany lends a pampered feel to the special green accents of the day. At The Poacher green beer and Guinness dry stout flows all day, Irish dancers entertain and prizes are awarded. Not surprisingly, prizes are contributed by Guinness and range from T-Shirts to an incredible bar fridge. Irish music will be playing in the background while you’re chowing down on a steamy plate of Guinness stew.

It’s obvious the Irish don’t drink without the hearty dishes to absorb all that beer and whiskey. At The Queens Head in Burlington, their regular pub menu is reduced to a few dishes and in their place are traditional Irish (and British) dishes like Irish Stew, Guinness Stew, Irish Soda Bread, Lamb Burgers and Cornish Pasties. “Because we’re so busy we go with a reduced menu, keep the activities to a minimum and the energy high,” says Meridith Domsberger. To complete the celebrations they have Irish fling dancers and bagpipe players through the day along with give-aways of T-shirts, hats and Guinness products. Oh yes, and lots of green beer to keep it all flowing well. 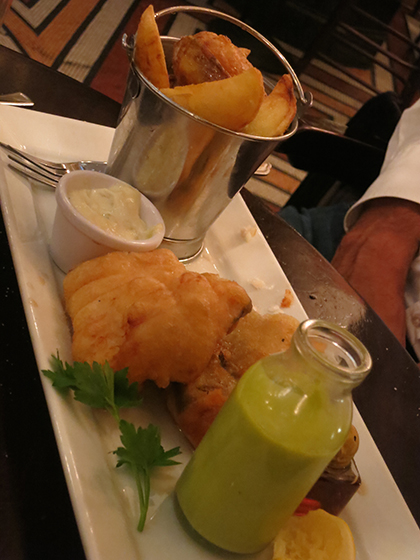 Drinking green beer is an American contribution to the Irish festivities. “It’s really easy to do with a little green food colouring,” says manager Joanne Ardill of Niblick’s in Oakville. At Niblick’s they start to line up early in the morning. “It’s so busy here (on St. Patrick’s Day) that we do as little as possible and still offer a great party,” says Joanne. Like the others, Niblick’s kitchen will be brewing up Irish stew, corn-beef and cabbage and a pot of Cock-a-Leekie Soup (chicken and leeks), the staff will be green and Keltic music will play throughout the bar. Will they be serving green beer? “Only if someone asks for it,” says Joanne, but the Guinness will be flowing and they estimate they’ll sell more Guinness beer on St. Patrick’s Day than they would in an entre week.

It’s said that on March 17 there will be over 16 million pints of Guinness consumed, two-thirds more than any other day. Not all of them in the Halton region but from green beer to Guinness Dry Stout and Jameson’s Irish Whisky, there are some great pubs to party with the Irish this St. Patrick’s Day.

For a Food Tour of Ireland, check this out.