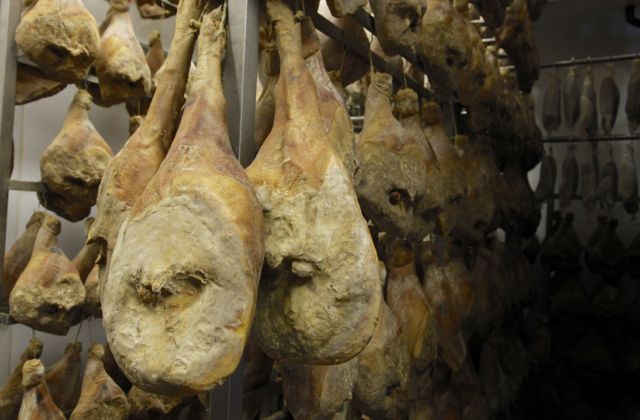 Throughout Toronto down the Golden Horseshoe and into Niagara, the mere mention of Pingue Prosciutto inspires mouths to water in anticipation of the best-tasting cured meats around. Curing meats, whether European-style or North American, is not new, but the trade of artisanal charcuterie-making in Ontario is.

Niagara Food Specialties or Pingue Proscuitto as the locals call it, is Ontario’s largest producer of cured meats, but it wasn’t always that way. Mario Pingue Sr. made prosciutto and various sausages in his cantina, a small room carved out of the Niagara escarpment in the little village of Queenston. 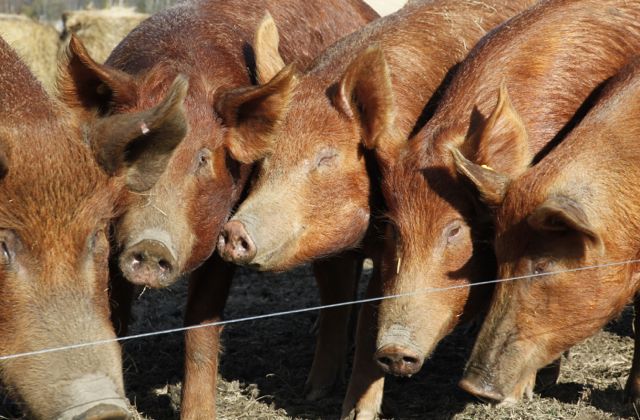 They buy heritage breeds of pigs, Tamworth, Berkshire, and a wild boar breed. Others come from drug-free Duroc or Landrace animals that have not been fed any animal by-products. The brothers still adhere to traditional, Italian artisanal methods to produce their prosciutto and the rest of their cured meat products.  There is no retail store on the facilities, so look for them in specialty stores and fine restaurants.

Mike McKenzie started Seed to Sausage in 2010. He’d previously travelled a lot with the military through Europe, Asia, and the Middle East and became obsessed with charcuterie, particularly salami. Then when living in Portland and San Francisco, where the quality of cured meats was so outstanding, Mike was inspired to make his own salami and other cured meats in his garage. 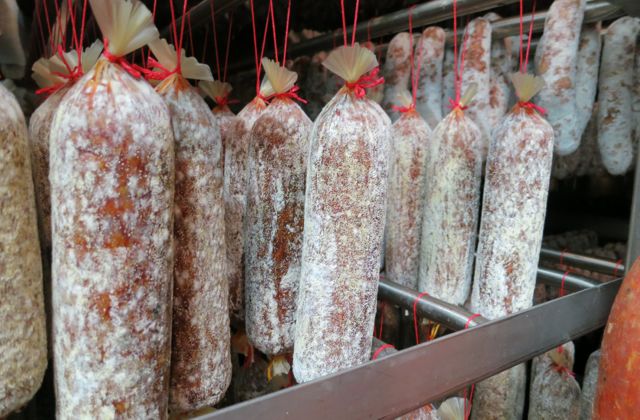 When he came to Kingston, Ontario, he couldn’t find any good salami, so he made his own. Soon chefs found out about his passion for charcuterie and began buying it. Mike’s charcuterie business, Seed to Sausage, is just over a year old, and he now makes over 40,000 pounds of cured meats, from sopressata, lonzino, and bresaola to Genoa salami.

Mike explains his meats taste just a little different than those from the regions in which they originated, and he likes to honour this uniqueness by changing the names from Genoa salami to Frontenac salami. When you visit his shop you’ll know that Mike is honouring the region he’s in now with the best he’s made—yum!

The on-site store is open seasonally. Check their website for availability or find Seed to Sausage products at The Piggy Market in Ottawa, Foodsmiths in Perth, and at specialty stores and fine restaurants throughout Eastern Ontario. 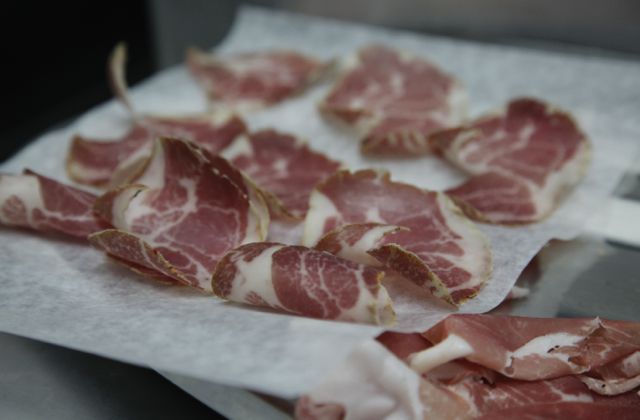 “Charcuterie” is a French word yet most of the popular charcuterie available is made by Italians, in an Italian style that is not called charcuterie, but salumi. “Salumi” is the Italian word for a family of cured sausages.

John Zagaria began making salumi in his father’s butcher shop and went on to open his own business, Dolce Lucano. Just outside of Toronto in the Italian community of Woodbridge, John, with his wife, Paola, are completely dedicated to the old tradition of salumi making. Their products include many salumi, including sopressata, capicollo,Veneto salame, rosetta, and culatello, to name a few.

They start with traditional recipes and keep them as true as possible, ensuring the production method is authentic. Paola explains, “Sure, we can take short cuts, but you won’t end up with the same product.” Even the aging time for each salumi is decided upon by how it feels and where it is in the aging process, not by some recipe. 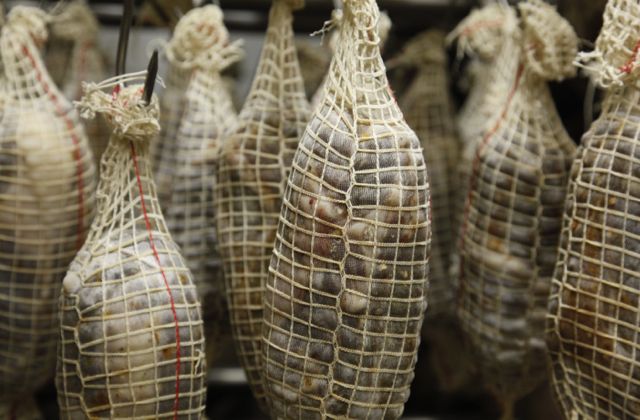 Dolce Lucano has grown, but the only people they let work in their salumi business are those who make salumi at home. They have a store at 133 Regina Road in Woodbridge, and you can find Dolce Lucano salumi at specialty stores and fine restaurants.

This story first appeared in the October issue of The $10 Challenge, A Year of Eating Local